English Medical Schools in Italy: Which is the Best? (Part 1)

The next big question is – “How to choose the best English Medical School in Italy?” Right now there are 6 options to choose from – Pavia, Milan, Rome L.S, Rome T.V, Bari, Napoli. Which should the most important factors be?

It is important to understand that there are several considerations in choosing the right University on your way of becoming an MD in Italy. Lets address them one by one in order of priority.

First consider that you need to prepare and pass the admissions exam, the IMAT that is – without it you are not getting anywhere. It is one test that is held in 20 cities around the world and is valid for every public English Medical School in Italy. The critical point that the number of candidates and available places in each institution will actually dictate how difficult it will be to get in. Choosing the right Institutions before the exam can make the difference between getting in and missing out with the same score in the IMAT test. “How can I tell?” you might ask. In this case there are few ways to tackle this issue. One is to look on last years, and the best indicator will be the ‘minimal passing score’ – that is, the IMAT score that the last admitted candidate got. Take this number and do some simulations on last year exam to determine your score and you get an estimate of your chances for that Uni based on how much above or below you are standing.

It is extremely hard to get those numbers for non-European candidates (which run on a separate list from EU) but for the European here is the data for 2012/2013 to give you an idea:

As you can see that year Milan was the toughest to get in and Napoli was the easiest. Note also that there are 2 groups of Universities, one with above average score (marked green) and one below (marked black). While the scores inside each group differ by 1-2 points from each other, there is a whooping 6 point difference between the two groups (36.6 vs 30.00). 6 points difference is nothing you might say, but believe me that even 0.25 points can make the difference sometimes, and sadly for some candidates I know, it did. 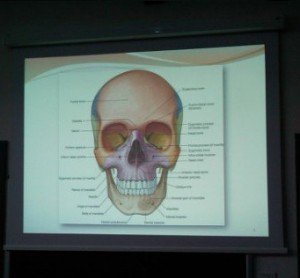 What is interesting, is that the top two Universities in this list happen to be also the first to have opened the English Medicine course offer, to be at the top of the National Ranks and both are located in the Northern prosperous region of Italy just 30 km away from each other.

The problem with this approach of predicting your chances is the famous phrase:

“There are three kinds of lies: lies, damned lies, and statistics.” – Mark Twain

Every year is different, every time the test is different and there are so many variables involved that you need to take those considerations with a grain of salt. Let them help you but don’t solely rely on them.

Why cant we just ask them all?

Surely we can ask enough candidates ahead about their plans and if the group will be big enough even to roughly say where to expect bottlenecks. In order to do it we need to contact those people on a late enough date when they’ve made the decision where to study but early enough for them to think about it once again before subscribing. At www.medschool.it there is a mailing list that was created also to serve this purpose, and by signing for it you will receive the questioner as well as the results when time will come, so I strongly encourage you and your prospective student friends to subscribe for it!

There is an additional crucial factor you cannot afford to miss when choosing your future University, which we will discuss it in my next post. Subscribe this blog on the top right corner in order to get notified on new posts as soon as they get out.

It’s a new blog so your feedback is more valuable than ever! What do you think about the ‘minimal score’ criteria? What other considerations would you have to estimate your chances of getting in one Uni or another? Please comment below.