Back in the days I have finished my high school studies and other obligations I wanted to start studying Medicine as early as I could. Doing it in my home-country would require from me to spend around 2-3 years just on preparations and improvements. The question that hit me was ‘Why should I throw those years away, when I can be on half-way of finishing my Medical Degree somewhere else?’. Then I had to spend weeks on researching the various options where I can study Medicine abroad in English. Here I am going to share with you what I’ve learned about the offer and why I choose Italy…

“You must be crazy to study medicine abroad ?”

Medicine is a highly valued and requested profession in many respects. The demand for a spot in a medical course is usually so high, that the difficulty of getting into a medical school varies between impossible to insane.

I was always on the top of my class back in high-school. I never really had any problems with scientific topics and foreign languages like English, but when it came down to the requirements for getting into a medical school later, I was shocked. It looked like they won’t accept anyone who is less then perfect.

You don’t need to be a genius to study medicine

I understood early on that those barriers were not a problem of real-world requirements for stellar cognitive abilities. It was merely a bad play of demand and supply that dictated those insane entrance selections. Don’t get me wrong, studying medicine is long and intensive and dealing with people requires a lot of responsibility. Yet around 80-90% of medical studies are pure memorization. I can tell you from my 5 years experience of studying medicine in one of the top Universities in Italy that there is no complicated ideas to learn, the difficulty of the studies lies just in the quantity. To be honest, when I look at my course-mates that get straight A’s I see that for the most part those are people that spend 8-10 hours a day on studying and memorizing, just hard working people, not geniuses.

So if your were good or even great at school, and have the drive for medicine in you, don’t let put you down with their obstacles.

Money doesn’t grow on trees (yet)!

My research for foreign Universities began on the Internet, where I was flooded by offers from private companies specializing in helping people with studying medicine abroad,choose the right med-school, which magically is always located in Hungary, Slovakia or somewhere in East Europe. All of them had a clear commercial interest of getting me into their highest sponsoring Institutions and I felt that my interests were, by far, not the first in line for those guys.

Researching more into their offers I figured out that 10,000 Euro or more have to be spent just on tuition fees in East European Universities, before even talking about living expenses. Then by getting in touch with some people that study there, I’ve discovered that foreign students live in a sort of a social bubble there, disconnected from the local community and culture mostly due to a language barrier and the natives barely knew any English.

USA, UK and Australia fell out pretty much for the same economical reasons, there the expenses were even higher. West European countries as a rule offered English medical courses in private Universities or charged much more from foreign students.

I understood quickly enough that private Universities are not in my budget so I started researching about public ones. Several countries, like Germany, are offering free or almost free (700 euro/semester) high education BUT they require to study their ridiculously difficult language and confirm your knowledge with a language proficiency test that takes around 1 year to prepare. I want to study Medicine! and not in a year!

Moreover, when you study in a local language you will need to live up to standards set for native speakers during your exams which can be a very frustrating experience, especially in the first years.

So English as a study language had clear advantages for me, a language I could understand from day one, without spending time and money on learning things that are not directly relevant for my carrier. English is also the international language of science and when learning medicine in it, your knowledge becomes applicable internationally as well… 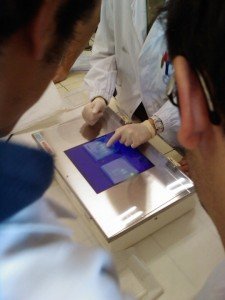 Before 2009 those two words didn’t exist in combination when you asked about medical degree programs in Italy, but things have changed a lot since. Public Italian Universities noticed that opening English programs could promote them in National Ranks as well as skyrocket their prestige and international relations, as a result, first such program was opened in Pavia – a small historical town near Milan.

Being pubic Universities, limits them from charging more for those programs than the standard differential tuition fee of 600 – 3800 Euro / year they charge in normal – Italian degrees. This fact sets those Institutions in a highly attractive price range in a group of MD degrees taught in English on a European standard of quality and reputation. The actual tuition fee is set based on family income, reported by the student.

Work opportunities exist with the student visa even for non European students and scholarships are available for them as well, making the whole package even more attractive.

As the years passed, more and more Italian Universities have joined in and now there are 6 Institutions in total to choose from: Pavia, Milan, Rome (two), Napoli and Bari.

With those developments, also the admission exam has evolved into structured multiple choice test in English, called IMAT, that concentrates on what is important for a medical student – sciences (Biology, Chemistry, Math, Physics questions) and Critical thinking with problem solving. IMAT – became the only test one needs to pass in order to study medicine in Italy.

If all this was not enough, the Italians also made the test available in more then 20 cities around the world and charged an almost symbolic price of 120 euro for it. Non European students get reserved places in each Uni, which makes their chances even better sometimes.

At this point, I don’t even know if I should mention the Italian lifestyle and food, the flexibility of their exam system, the European Medical License you will receive, the sea and snowy mountains, low cost flight and tons of other extras. If you are interested to hear about them more in detail, drop a comment below and I will dedicate a post to that as well.

Nowadays all that a perspective student needs to do, is to prepare for the IMAT test which is held in April each year and subscribe for it online several weeks before it begins.

The next post will cover the nuts and bolts of choosing the right Italian University for you, and help you avoid mistakes to make sure you make the most out of your studies from the first step.

What do you think about the post? Which of the extras that I’ve mentioned would you like to hear about more? What else would you hear about studying in Italy? Please comment below