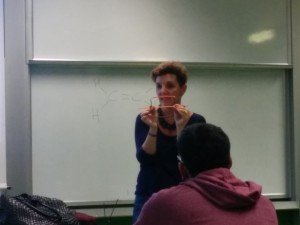 Professor with a model of a carbon-based molecule

Here at the International Medical School at the University of Milan, professors have different styles of teaching, all of which are suited to different subject areas. Sometimes, they review the material directly; sometimes, they expect us to educate ourselves using the textbook, while they use class time to enrich our understanding with real examples from clinical medicine or scientific research; and sometimes, they lead us through guided exercises.

It is interesting to consider these teaching styles in the context of the school’s curriculum. The academic programs of state medical schools across Italy, and the European Union, are regulated by the government. This stands in contrast to the United States, where the Liaison Committee on Medical Education accredits MD programs; it is sponsored by two non-profit organizations, the American Medical Association and the Association of American Medical Colleges. (DO programs are accredited by a separate organization, the American Osteopathic Association.) The EU regulation is stated in a directive from 1975, and specifies exactly what scientific knowledge a medical degree candidate has to have acquired, in order for the diploma to be recognized across all the European member states. This allows doctors to cross borders to practice; our international MD is truly international.

The first objective of the IMS is, therefore, to satisfy the scientific and theoretical-practical requirements of this EU directive. This means that during the first two years of study, we students are meant to be given a very firm grounding in histology and embryology, anatomy, biology, chemistry, medical physics, biochemistry, genetics, physiology, general pathology and immunology, and microbiology. It is only after these two years of study that we move to clinical activities, which then comprise another four years. It is also necessary to have studied biology, chemistry, and physics as a prerequisite for entering the IMS; indeed, it is very hard to pass the IMAT admissions exam to get into the University of Milan, without having studied these three subject areas at the equivalent level of a US premed, with the possible exception of organic chemistry. So, the amount of theoretical sciences that we are exposed to during our 6-year course of study is high, relative to some US MD programs, and professors here at the IMS have said that they want to make sure that we students have all the tools necessary to do academic research in biomedical sciences upon graduation. 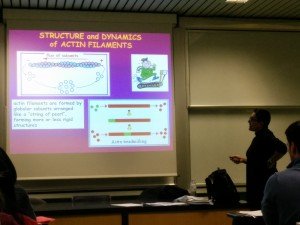 Therefore, they teach in various ways, based on what they perceive as the best way of solidifying our mastery of the material, keeping the requirements of the directive in mind. In some cases — like in histology — our professor has been going directly and methodically through the material, roughly following along with the textbooks. This is particularly effective for this subject area, because much of histology involves recognizing tissues under microscopes. She walks us through slide after slide, and schematic after schematic, physically pointing out exactly what to look for, in ways that a static textbook is unable to do. 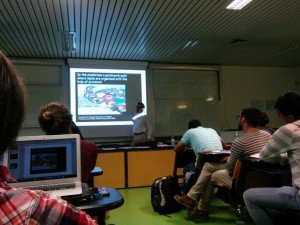 In other cases, such as biology, the professor sees the lectures as more of an opportunity to supplement the textbook. He incorporates the concepts therein by presenting research papers and medical case studies. I have a personal affinity for this kind of teaching, because it puts what we are learning in a context that is obviously, and immediately, meaningful in the real world. Furthermore, to understand any one paper or study, we have to draw on knowledge from across the spectrum of biology. This draws connections between ideas that otherwise are treated separately in textbook chapters. This method also helps familiarize us with primary clinical and academic research, preparing us to do our own someday. 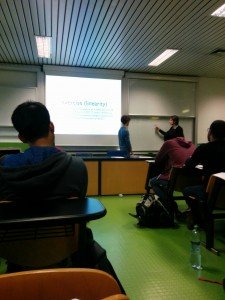 Finally, some of our class time — particularly in physics and chemistry — is built around in-class problem-solving. A professor will put an exercise on the board — a memorable one was, how many cells are there in the human brain?, no googling allowed — and we have to try to solve it as a class. We work on our own, or with other students. Then, usually, one student will come to the whiteboard, and try to answer the question, with the guidance of the professor. These sessions are lively. They also have a great advantage, in that they expose us to mutiple people’s approach to scientific thinking.