The Neighborhood Around IMS Milan 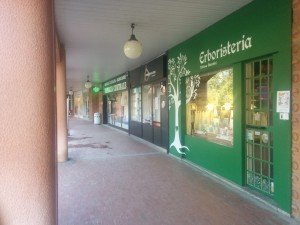 Shops near the IMS Milan

Yesterday, I was craving pizza for lunch. So I went out searching for it, in the neighborhood around the building where our classes are held, here at the IMS at the University of Milan. What I found was a pleasant surprise.

The IMS is housed in LITA, a huge biomedical research facility across the street from Milano Due, a mixed commercial and residential neighborhood built in the 1970s by a firm partially controlled by none other than Silvio Berlusconi. Milano Due was an architectural experiment — a successful one, in my opinion. The idea was to create a town suitable for families, with lots of green space, and in which pedestrians would not have to cross roads, thanks to a series of bridges and tunnels. The result was a complex of buildings about five stories high, which are spaced out by pretty red brick foot and bicycle paths encircling lawns and lakes, for a total of about 10 square kilometers. These novel architectural features hide the shops and street life of Milano Due from the outside observer. 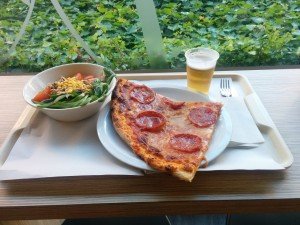 Pizza in Milano Due

I quickly found a cafeteria, serving the many professionals working in the neighborhood, and acquired a big slice of pizza, tuna salad, and beer for about 10 euros. The restaurant, BuonAppetito!, is about a five-minute walk from our classroom building, making it an easy alternative to the LITA Mensa I have previously written about. The cafeteria has the typical range of fare that you might expect for a business crowd. It must seat at least two hundred people. 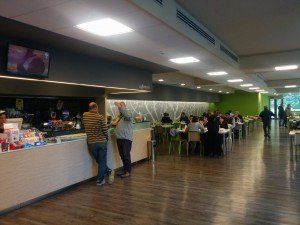 There are a number of other restaurants around Milano Due, including Chinese, a seafood market with what looked like remarkably fresh fish, and a coffee shop/pub where some of us students went last Friday for beers at the end of a challenging week of classes. These eating establishments are interspersed among other shops, like pharmacies, toy stores, gift shops, and so forth. Also in Milano Due, you will find the NH Hotel, which, I have been been told, has a deal with the school to offer studio apartments for students at a discount rate (about 770 euros a month, with cleaning). It seems like it would be a convenient, quiet, and comfortable place to live. 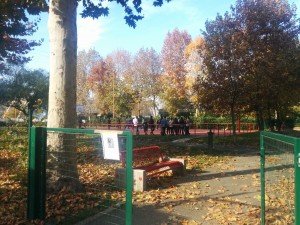 A few minutes from LITA is a sports yard, where we IMS first-years sometimes go, during our lunch break, to play basketball or soccer. Next door to LITA — between it and the enormous San Raffaele research hospital — is LASA, the university’s Laboratorio Acceleratori e Superconduttività Applicata, a particle accelerator and superconductor, also part of Italy’s Istituto Nazionale di Fisica Nucleare, the national nuclear physics research institute. I have an informal interest in relativity and quantum mechanics, and hope sometime soon to take a tour of LASA.

Here, now, are some more pictures of the neighborhood around the IMS of the University of Milan. One thing you might notice is that it is in excellent condition. Buildings, roads, gardens and so forth, are beautifully maintained. Everything is perfectly walkable and bikeable. 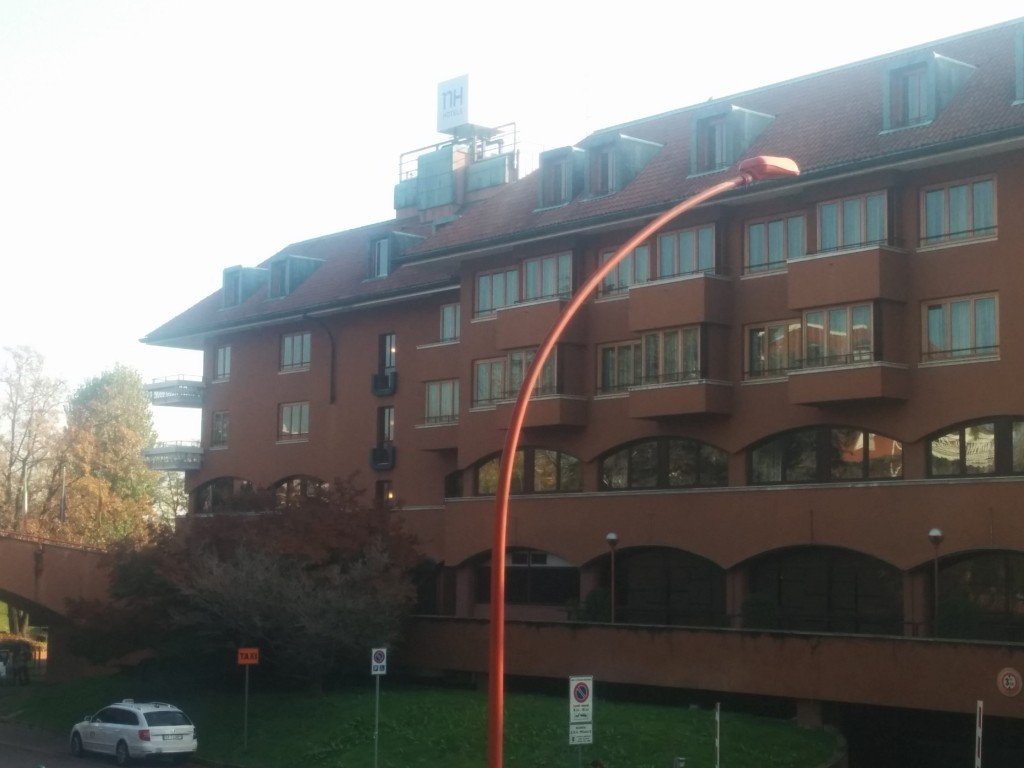 The NH Hotel, which has a discounted rate for IMS students 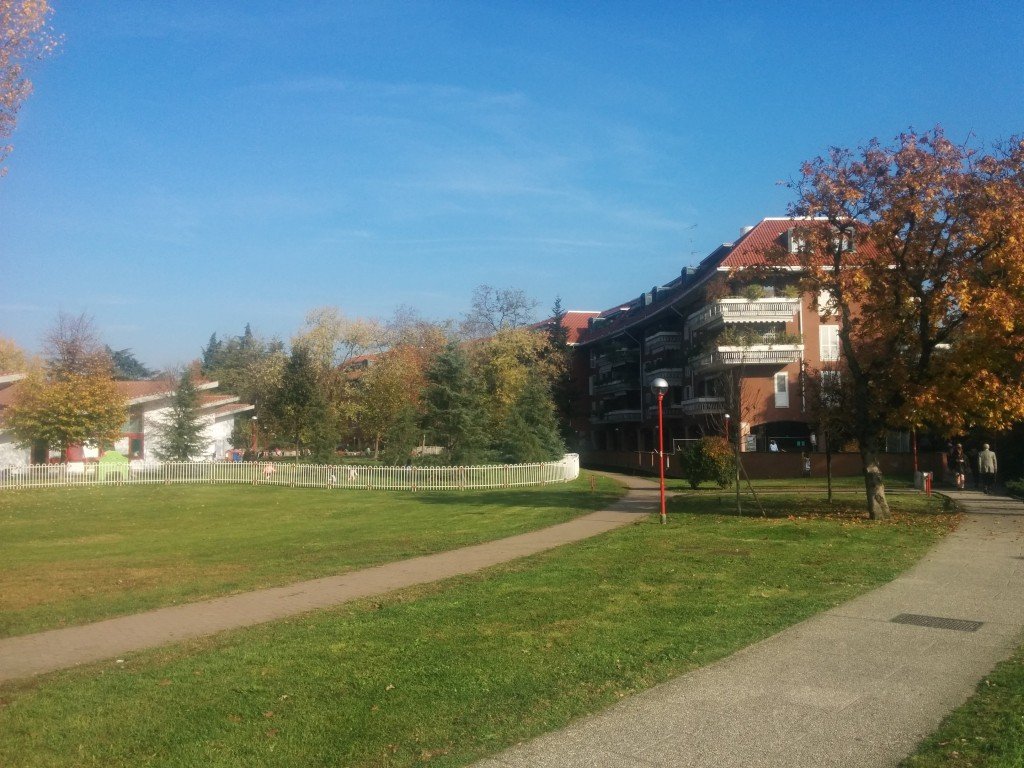 Housing and a school at Milano Due, great for families 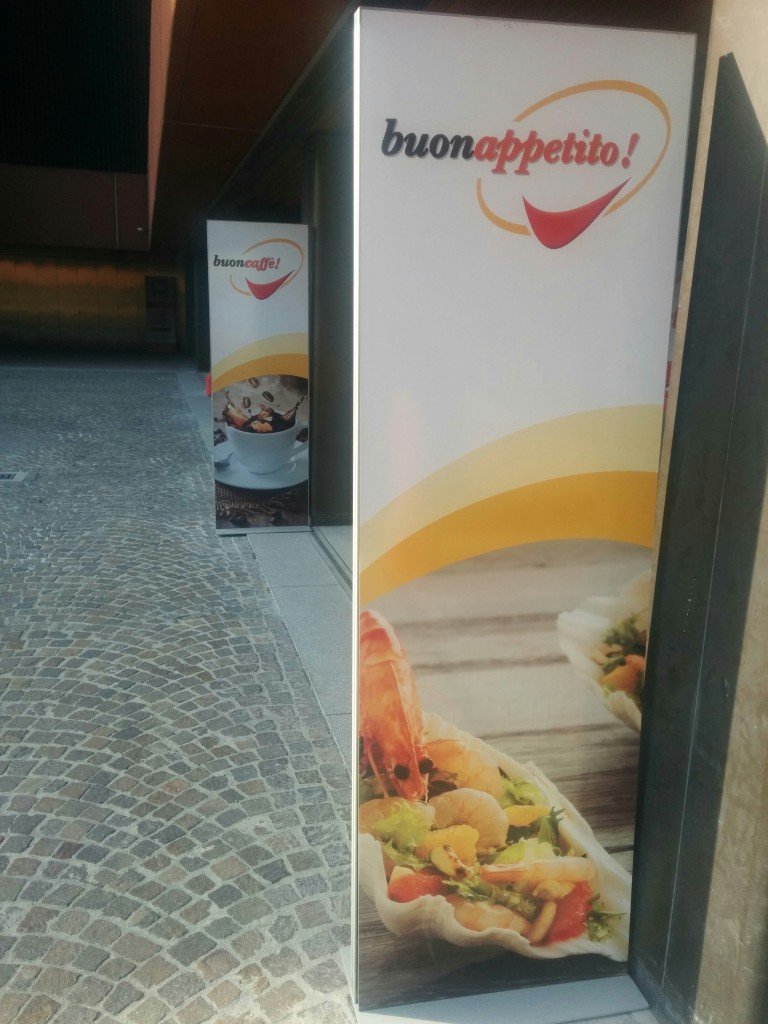 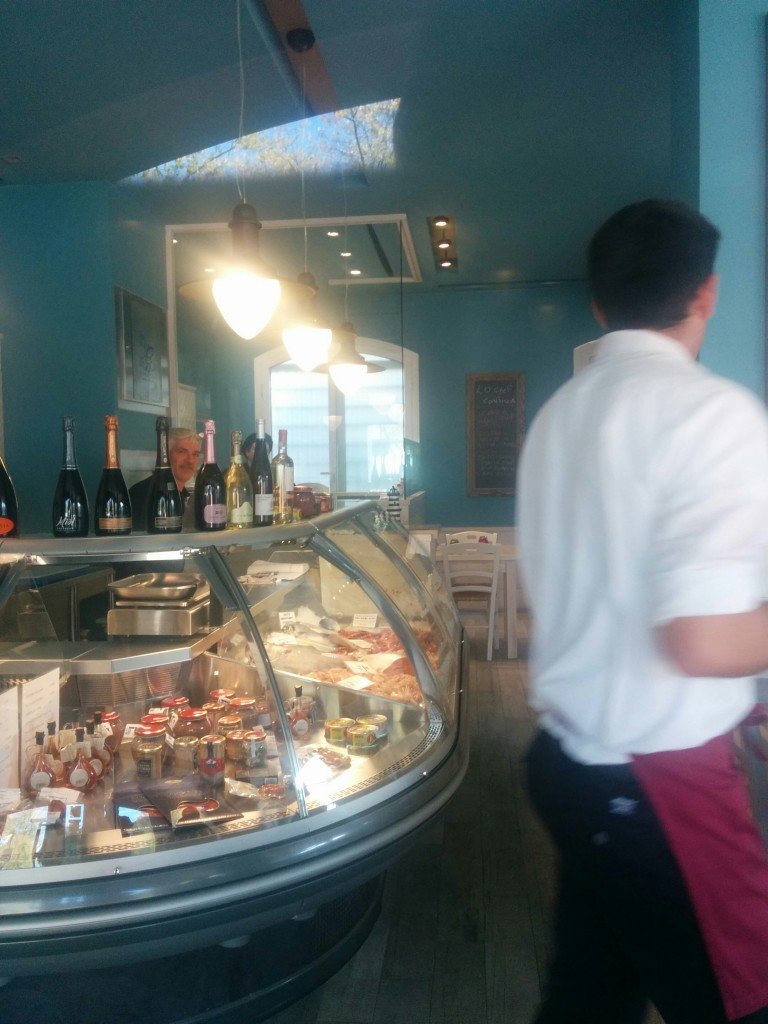 A seafood shop with excellent-looking fish 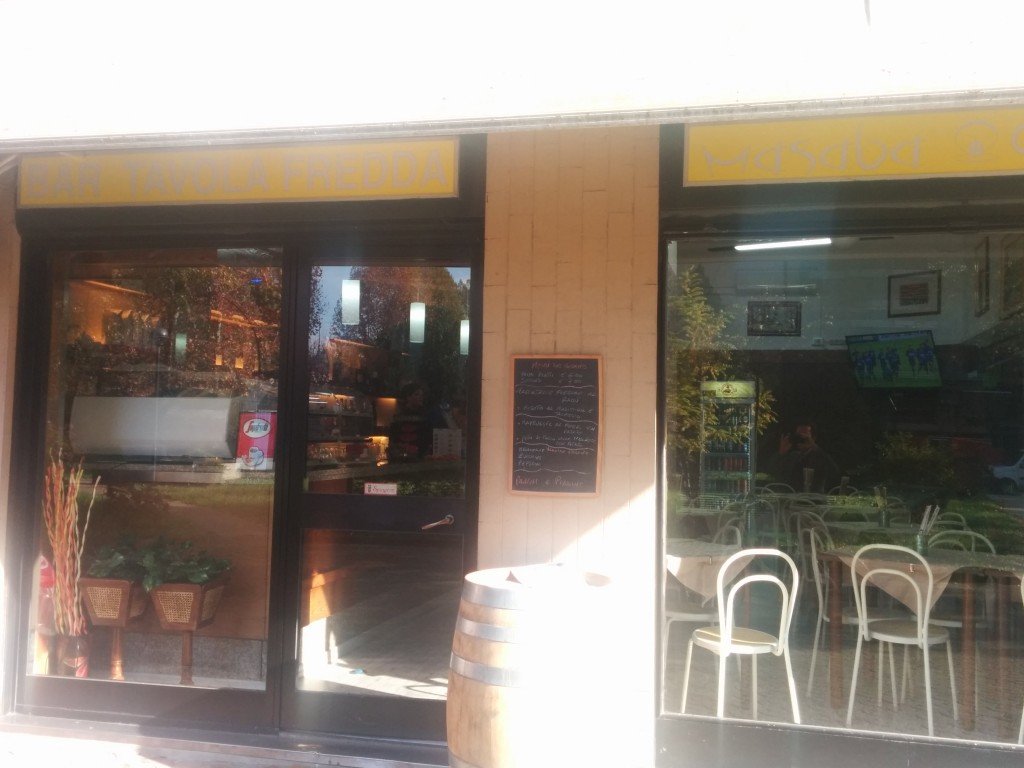 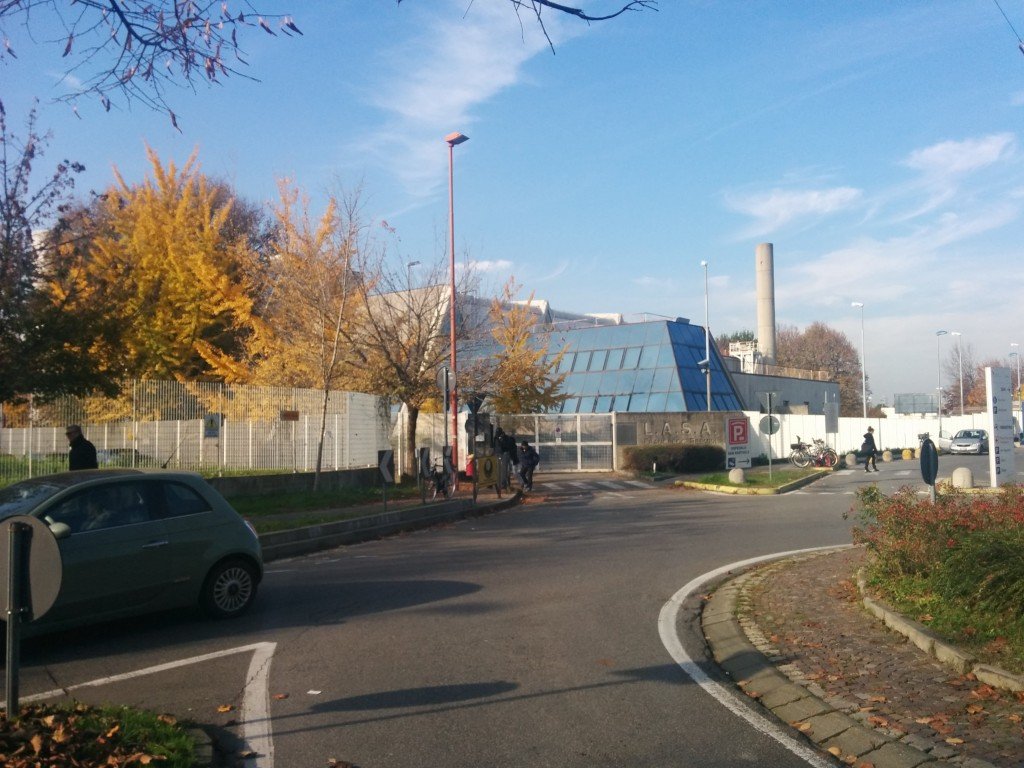 LASA, a particle accelerator and superconductor 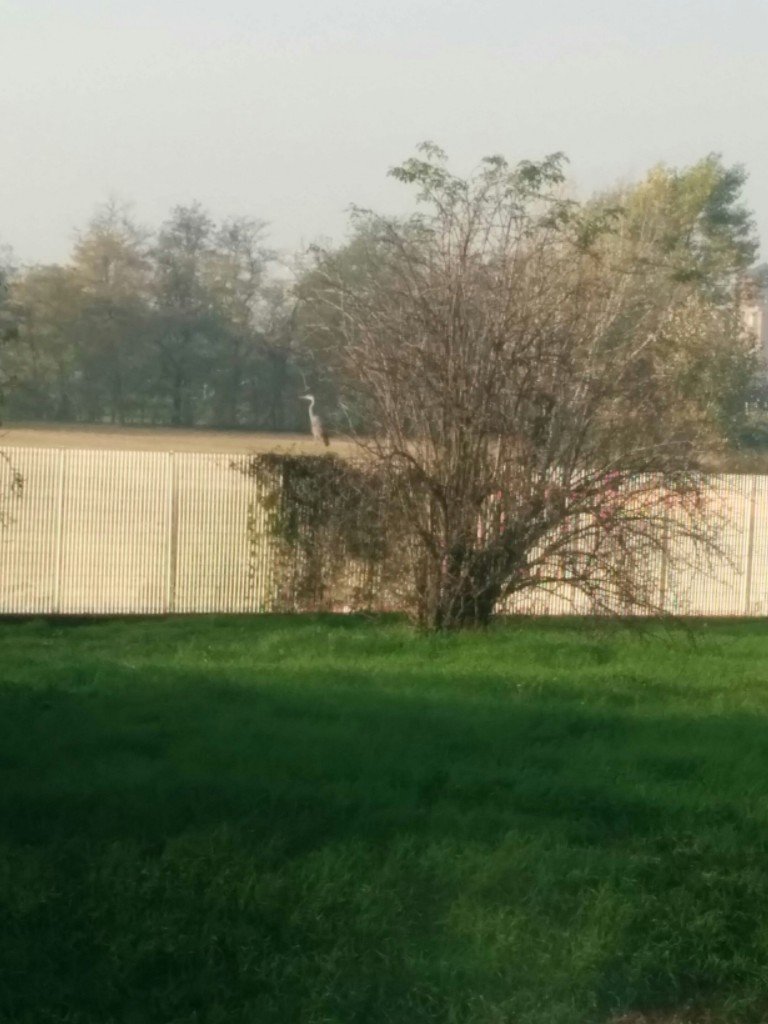 This is the view from our classroom window. Notice the lovely crane, sitting on the fence, in the center of the picture. All this past week, this bird was making appearances during our lessons.