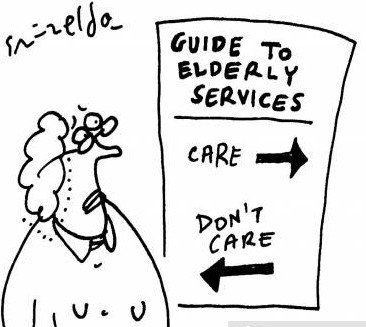 Well, three weeks have passed since the first of these two posts (you may find the previous one here); I originally had intended to do the second post the weekend after the first one, but then stuff happened, as it always does. This kind of particular “stuff” included me having to teach in a couple of tutorials (*cough*-microbiology-*cough*), doing the Erasmus language test, and starting my new rotation (dermatology), and also me starting to attend the local A&E/ER/Pronto Soccorso; I’ll eventually speak about all these things, but for now I want to finish with my small advice for finding chances of clinical rotations for the 2nd and 3rd years, outside of those required mandatorily from the university.As I anticipated, instead of talking about how you can visit healthy sports-people one after the other, today we will talk about hanging out with rather sick elderly patients. 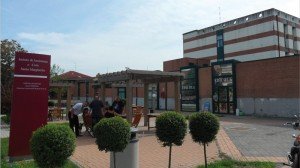 First of all: how to? The person you have to ask to is prof. Ricevuti, who is the head of Geriatrics in the hospital S. Margherita (and a lot of other stuff, but I don’t really want to start writing his CV). Santa Margherita is a small hospital in the outskirts of Pavia (let’s say 10-15 minutes by bike from the center), which is quite new, as I remember seeing it being built when I was a child, but still manages to look impressively old from outside; the inside is not so bad, if you don’t mind staying in place with puke-yellow walls. Apart from the color the place is fine, really.

Going back to the main topic: asking prof. Ricevuti you may (easily, most of the times) gain access to the geriatrics wards of S. Margherita, following the doctors there and starting to learn the various and numerous drugs that are used commonly in patients as they age, including the different types of anti-hypertensive drugs, antiplatelets and anticoagulants, antidepressants and all the rest.
Well, you may say at this point that you can do this pretty much anywhere you want, as any professor would be willing to accept students from time to time in their own ward.
This is true, but the advantage of going to this place in particular is simple: the amount of students you will find here is far less than that of most other wards; this is because only some of the students from the 5th year have traineeships there, and they will be divided among four wards (three of Geriatrics, one specific to Alzheimer’s disease patients); the fact that the hospital is quite far away from Policlinico S. Matteo probably has something to do with it as well…

I personally went there when I was at the end of my second year, just after doing Physiology; students from the New Harvey course will be in the same position hopefully at the end of the first semester of their second year. At that time I still didn’t know anything of medicine because my Medical Semeiotics course would be on the following year; thinking about it, it will be two years from that day next August, but it seems like ages have passed! In any case I was young and naïve, and for this reason, more than shadowing the doctors (who still gave me their rather occasional piece of teaching) I spent my time with the nurses.
Yes, with the nurses, don’t you start a riot now; I spent three weeks in the Alzheimer’s disease ward, going there at 7 a.m. until… well, until I got tired, which usually occurred between 11 and 12 a.m.
I spent my time taking blood samples from the patients (there are twenty beds, if I remember correctly; more than enough to make sure that by the end of the first week you’ll have mastered this skill), dispatching medicines to the patients while one of the nurses tested me every now and then to see if I was learning their effects, and helping around with whatever was needed. On the bright side, helping around could mean inserting a peripheral venous catheter; on the dark side (and by dark I mean brown, precisely), a couple of times it meant doing enemas/clysters to severely constipated patients.

On overall, this is an experience I’d retake every time because it involved:
-a decent amount of contact time with patients
-lots of chances to practice “manual skills”
-improving my knowledge of every-day drugs
-seeing how a ward works from the nurse’s point of view (they’re the ones actually running the place, let’s face it)
-a certain old man who tried to bribe me with a chicken to get out of the place. I’m dead serious, it was priceless.

This is it for today! It’s always fun to tell these stories; I hope it won’t take me another month to write the next one.