Can You Do a US Residency After English-Language Italian Med School? 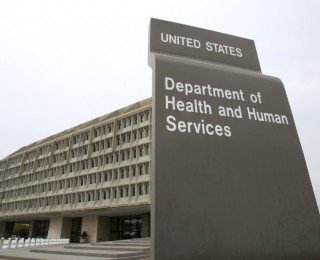 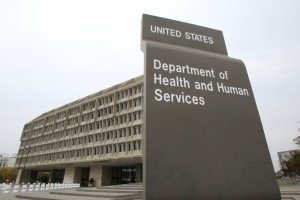 The short answer to this question is: possibly. The long answer is… complicated, and perhaps interesting.

Many of my fellow students — and potential applicants to the English-language medical schools in Italy — would like to have the option of doing their residency — and to practice — in the United States after graduation. How might you be able to do this?

I am going to answer this question in as much detail as I can — and there are details I do not know — but before I do, I would just like to register the personal note that I, personally, do not plan on doing my residency in the United States. I would like to stay in Europe, and with a degree from IMS-Milan (or any of the English-language MD programs in Italy), you can do your residency just about anywhere in the European Union and affiliated states like Norway or Switzerland. (We may soon be adding the UK to that list.) That is because the English-language programs are structured to meet EU-wide requirements.

So, I have spent the better part of a few weeks trying to puzzle out the answer to the question above. Here is what I have figured out. If there are errors, please forgive me, and correct me; this is some complicated bureaucratic territory.

In order to do your residency in the United States, your English-language Italian MD degree must be recognized as a valid medical degree. Each of the 50 US states has its own requirements as to which medical schools it recognizes. California — the most populous state — wields, however, an enormous amount of influence in this process, which I will explain in a second. California has a medical licensing board which has specifically said that it does not recognize English-language MD degrees from Italian schools. I realize that it is a bit of a bummer to hear that, especially if you dreamed of doing your residency in a place that looks like Baywatch. California, however, created this restriction for good reasons. If you go to the state medical licensing website, you’ll find this warning:

Our English-language schools in Italy indeed are not specifically stated on the list. The Universities of Milan, Pavia, Bari, etc. are recognized by the Californian board, but only in regards to their Italian-language courses. If you are graduating in Italian from one of these schools, go for it, apply for a residency in California if you like. But, if you graduated in English, for now at least, you cannot do a Californian residency unless you get a special exception (more on this later). California put these restrictions in place, because in the last few decades, medical schools in places like Eastern Europe and the Carribbean had English-language programs whose graduates arrived on US soil and went on either to commit malpractice, or just generally not know medicine. (There’s even a specific disapproved list, for schools whose quality was particularly egregious. One school, UTESA University in Santo Domingo, was disapproved twice (ouch).) Let this fact foreshadow something that will come up later in this post: it is super-important for English-language medical programs in Italy to shoot for the highest quality of academic integrity and international professional standards.

Now, since California is rich, and has the resources to investigate the caliber of world medical schools, a number of US states have decided not to reinvent the wheel, and that whatever schools California restricts, they will also restrict. Precisely which states “follow California”, for lack of a better way of putting it, is not clear. I phoned the medical licensing board of Vermont, for example (in part because Vermont is just so pretty) and the officer there told me that Vermont follows California. Hence, my English-language MD degree from the University of Milan will, for now, not be valid in Vermont, and I will not be able to practice in Vermont. Furthermore, the officer told me that “most states” follow California. Sigh.

I then called Wyoming’s medical board (why not? beautiful mountains) and asked if Wyoming followed California. “No,” the officer said. “We don’t keep a list” of schools which are approved by Wyoming, she explained. As long as you are approved as a medical graduate by the Philadelphia-based Educational Commission for Foreign Medical Graduates — the ECFMG — you can do residency and practice in Wyoming. This is good news, because the International Medical School of the University of Milan is listed in the World Directory of Medical Schools, which seems to function as the recognition list of the ECFMG. So are, in fact all the English-language MD schools in Italy — Pavia, Rome TV, Rome LS, Bari, Humanitas, the Cattolica, and San Raffaele — . [Update, July 13, 2016: The Naples schools are now listed in the World Directory.] In any case, according to this particular officer, my classmates in Milan can at least possibly do a residency in Wyoming, which might be attractive if they like great steaks and cowboy hats.

OK, this brings us back to lists. Despite what Vermont told me about “most states” following California, other sources seem to suggest that only a few do. A blog about Carribbean medical schools lists “Alaska, Arkansas, Colorado, Kansas, Idaho, Indiana, New Mexico, Oregon, Tennessee and Vermont” as following California — however, it does not say that this list is exhaustive. So, a confidante of mine studying medicine in English in Naples called Kansas (why not? lots of corn), and asked whether he would be able to practice in Kansas upon graduation. The officer said that, in fact, he would, because this particular Naples university was on Kansas’ “list”. Go figure.

According to one of my sources, there is a clause in the Californian code that with “special exceptions”, a graduate of a medical school which is not on the California list can still get recognition. What conditions must be met for an exception are, however, unclear to me. They may not be something that you can necessarily bank upon, if you are dreaming of doing your residency in California or a California-following state.

Well, after all this research, there are two things that we can conclude:

So, how does an English-language med program in Italy go about getting California licensure? I have not figured out the whole process, but I do know how it starts. The dean of the institution (I am guessing, the president of the medical school) has to submit a 25 page self-assessment form. This form begins the process of checking the quality of the program. California wants to know a panopoly of things about the school, like what its budget is, the admissions process, how attendance at classes is taken, what the system is for repeating courses and failing exams, academic advising, what internet and library resources are like, the overview of the curriculum and clinical experiences, and so forth. We cannot lie on the form (trust me: you do not want to lie to a state once run by Arnold Schwarzenegger); our schools genuinely have to live up to international standards of academic and institutional stability. If you care about the question of what makes a great medical school, it is definitely worth clicking the link to the form above and giving it a scan.

After the self-assessment is sent in, I have no idea what happens. A confidante of mine speculates that Californian regulators come visit the school and check it out. We also do not know if approval can apply retroactively — that is, if, for example, our schools are given Californian approval in 2018, whether coursework done in 2016 will be recognized.

Finally, it is important to keep in mind that recognition of your degree is just one small part of getting a US residency. Non-US medical graduates only have a residency acceptance rate of about 50%, and for certain competitive specialties like dermatology or plastic surgery, it is nearly impossible for a non-US-graduate to find a place. Your chances increase substantially if you do some of your med school education abroad in the US (in part, so you can get letters of recommendation from US doctors), and if you publish scientific research during your time as a med student. You also need to do comparatively awesomely on the United States Medical Licensing Exam, the USMLE.

OK, so that is as far as I have gotten on the question of whether you can do a US residency after studying medicine in English in Italy. Please let me know if you have any further information. As for Canada… well, I have not done much research. However, if you are licensed in the US, it is not hard (and indeed, becoming popular) to cross the border and practice up north.