The Who, What, When, Where, and Why of Erasmus 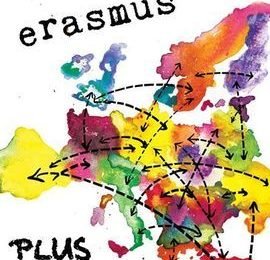 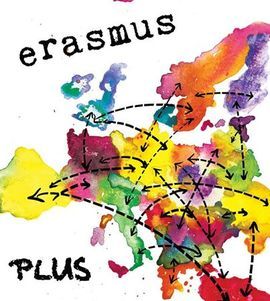 Stefano for you, live from Brussels, Belgium!

You may be wondering. Stefano, dude, seriously? You’re on a vacation, forget about the blasted blog and go have some fun. Well, you would be right, if only I really were on a vacation. The thing is, I’m not writing to you from a hostel hall or a park somewhere, but from my very own room in the capital of the European Union. Yep, looks like I live here now, as I’m doing my year-long Erasmus; this means I’ll stay here until at least June to do my fifth year of medical school.

The purpose of today’s blog post is to help you all understand what “an Erasmus” is, how it works, and what kind of experience it is. I just started my classes, but since I’ve been here for more than a month now I can start giving you some inside information.

Before we start: the info I’m going to write here will be taken from an official document by the University of Pavia. This means that I cannot guarantee that it will be the same for all universities, and also that the details may change every year. If you already know some Italian, here is the official page.

Everyone! OK, not really. Considering the fact that medicine is a peculiar discipline, there are some restrictions. First of all, students are strongly advised against moving for their third year; 99% of Erasmus studies are done in the fourth or fifth year, and a very few also in the sixth to help students do research for their senior thesis. Secondly, it’s necessary to have passed the exams of anatomy (first year), physiology (second year), immunology and general pathology (third year).

But yeah, what are we talking about exactly? Erasmus was an exchange program in which several European countries have been participating. Erasmus was founded in 1987, and is currently going under the name of Erasmus+. Going “on an Erasmus” means spending a period of time between three and 12 months in another EU country, meaning you can spend just a few months there, or even a whole year. (The shortest exchange with Pavia at the moment is 5 months in Finland and in Liverpool, if I’m not mistaken.) Expenses are partially covered thanks to a grant by the university and the Italian Ministry of Education, consisting of 230 or 280 euros per month of mobility, according to the cost of life in the country that you’ll visit; in addition, you do not pay the fees of your host university, but only the normal fees you would pay in your sending institution.

When you’re on an Erasmus you can take courses in the host university, and do clinical rotations as well as your exams there; most of the exams, unless something funny happens, will be recognized in your home university when you come back. All the exams you’re going to sit are decided upon before you leave, in a document called Learning Agreement, of which I’ll probably speak a bit more in another post. Furthermore, if you want to get a bit more hands-on experience, there is also the “Erasmus Traineeship”, in which you can (by yourself) stipulate an agreement with a foreign hospital or research facility to actually work there, while being supported by your home university. This means no exams, but a lot of clinical practice. The application process is a bit more cumbersome.

Complex topic. As I said, most Erasmus studies take place either in the fourth or fifth year, and I have no experience whatsoever with people doing their thesis while on an Erasmus. However, since the New Harvey course has moved some topics into the second year which used to be covered in the third year (like clinical microbiology and clinical biochemistry, a.k.a. laboratory medicine), it’s not impossible that this is going to change. Anyway, I think that the program will remain structured with the main clinical subjects (gastroenterology, nephrology, rheumatology and so on) in the fourth year, and the more specific ones (otorhinolaryngology, pediatrics…) in the fifth. What I will say from now will be, as a matter of fact, based on this assumption, so take it as it is.

One of my professors told me, shortly before I left for Belgium, “You know, Stefano, I’m always sorry when students leave on Erasmus in the fourth year, because in this year you get to have rotations in several different clinics and you have so many important courses; I would say that it’s the year in which you start understanding how medicine works, and I think here in Pavia we do a very good job in teaching this to the students.”

Apart from the surprise of him getting a bit sentimental on me at that time, I have to say I have been rethinking this past year (my fourth year). I disliked a few of the subjects, and I still say that a decent amount of what we study here in Pavia is superfluous for a general physician, but I also think that during this year I built myself a rather solid background of medical knowledge, if not really of medical skills, and I’m sure this all will come in handy when I start doing some proper field work. Then again, I think: would it have been the same had I been abroad? I know of some other students, even pretty smart ones, who went abroad on the fourth year, some for six months and others for the whole year, who sort of got lost along the way, and have now to catch up. Of course every person has his or her own story, but I’ll say I’m glad I spent my fourth year in Pavia and moved abroad only in the fifth.

Furthermore, I’ve noticed that among my classmates (me included) motivation is starting to lack. We all charged into the fourth year excited at the thought of being able to study at the big clinics, but by the end of the year it all seemed to fall apart when we noticed that we didn’t really like most of them. Personally, I thought that I wouldn’t have been able to repeat the same routine of clinics->course->sleep, followed by two months of studying, twice in a year, for another year. The fact that I’m now in a foreign country, with a completely different schedule and new challenges to face, really boosted my motivation! This wasn’t really necessary last year, but I really needed it this time.

Apart from all this, I also have to say that the fifth year here in Pavia is probably the toughest, with huge exams such as pathological anatomy and pharmacology. So, perhaps doing it abroad is a smart choice, if not only a wise one… I guess we’ll see. I’ll tell you in one year after I have failed all my exams.

Bonus: since medical studies are six years long, med students can spend up to 24 months (not consecutive) abroad!

Pretty much wherever you want, because Pavia has agreements with most European countries; here is last year’s list.

Do you want to go to a place where the courses are in English? There are a few, but in Liverpool you will spend five months in which you basically will do only hospital work. Generally, there, you don’t go to classes, and for sure you cannot do exams. In Tampere, Finland,  you can stay for five months and do two or three exams (including cardiology, which is very tough in Pavia). You can go to Antwerp, Belgium, but only one or two courses are in English, whereas for the others you’ll need to be able to speak Dutch. There is also a place in Turkey, but from what I could gather it’s a rather small city; I apologize for not knowing more about it.

If you’re willing to learn a foreign language, destinations include several cities in Spain and Portugal (which are generally considered as places where to go and have parties, but the universities are still more than valid), France (Paris is said to be one of the toughest universities, although you come out really knowing your medicine), Germany (good luck with learning German, if you don’t know it already), and many Eastern European countries like Poland or Hungary. The point is, choose wisely! You can ask our Erasmus secretary to send you summaries, compiled by the students, on all the different universities. Therefore, do so and choose accordingly.

If we want to be complete, very recently the Erasmus Mundus program (yes, not a lot of imagination with names, but let’s appreciate the effort) has been established, allowing students to go all the way to non-EU countries such as the US, Canada, China, Israel or Australia.

I figure now you’ll be imagining yourself in four to five years’ time on a plane to Minnesota to spend a month at Mayo Clinic… not gonna happen. I’m sorry to say that most of these non-EU exchanges are not available for medical students. There are some ways to go to very far away countries, but it’s not very easy and not very likely.

Side note: technically you cannot apply to your country of origin. 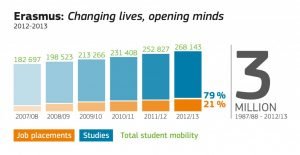 Or why not? There are for sure both pros and cons to this. I’m not going to be so partisan as to say that all is well on an Erasmus: for instance, it’s so easy to get distracted. There are so many big cities to apply for, and once you’re there you might attend a party on one night, then another the day after, and so on and so forth. You’re bound to meet a lot of new people whom you will want to know better, perhaps behind a beer. (This is the case in Brussels: inviting someone out for a beer at 5 PM is simply customary.) Then again, you’re in a completely different country, and there is another nice and pretty city everyone’s talking about, just a one hour train ride away… you get what I mean.

Besides, the exams you’ll be able to sit may not correspond exactly to the program in your original university, and therefore you may as well fall behind; in this case, planning is key. If you know beforehand which exams you’ll be able to take, you won’t risk a thing, unless, of course, having to study in a different language proves tougher than expected and you end up failing some subjects.

Besides, it is one common complaint that med students in Pavia don’t get a lot of chance to practice their medical skills in the hospital. A few other European countries instead are known to give more space and responsibilities to students, so it might be a good chance to get some all-around training.

To conclude, think about this: between the agreements among universities, the financial support, and the validation of exams, it’s so much easier to go abroad on Erasmus, than after your studies are done and you have to work. My suggestion (you must have understood by now) is to GO. You will come back from your trip with a suitcase full of memories, and maybe some more confidence that you will really be a doctor in a handful more years.