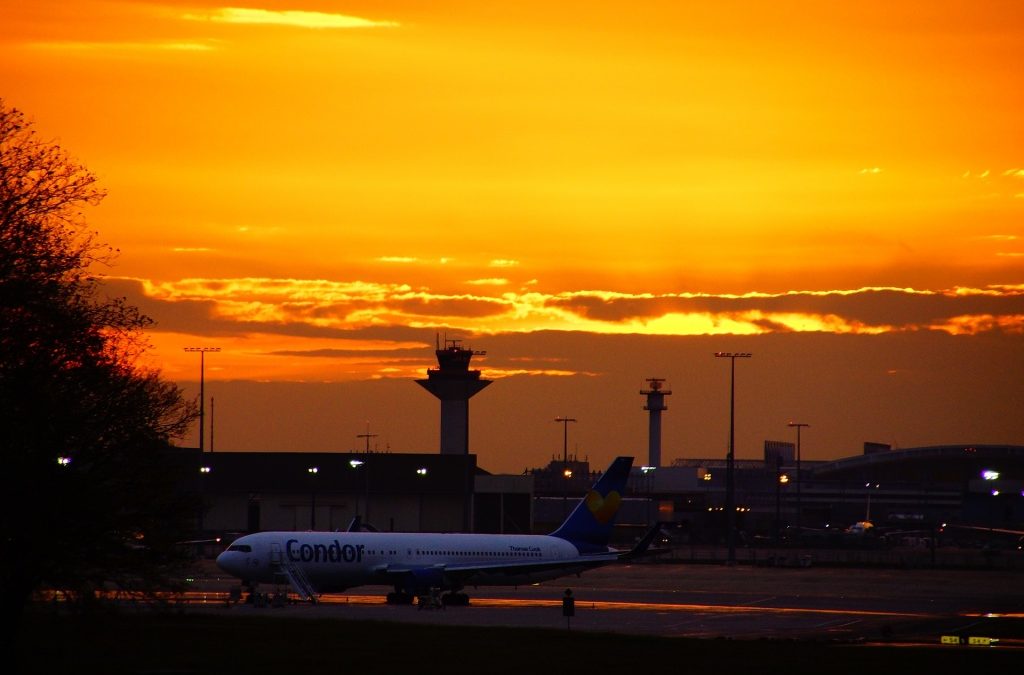 Good evening everyone! If you’re wondering why I haven’t written anything in more than six months, it’s because life has been so eventful recently that I barely had any free time; I will get to the details later. If instead you’re like most of the normal people out there, you weren’t even aware of my existence until two minutes ago – sorry for thinking that someone would actually keep track of my posts, but please understand that medical students are conceited like that.

Before I talk about the amazing adventures I’ve had so far during the course of my sixth year (yes, it’s almost done!), I want to close a very important parenthesis I left open with my last post. I wrote that article in July, and I spent the last two months of my Erasmus with mixed feelings about returning home: on one side, I’m not ashamed to say that I was dreading the moment when I would fly back home and return to my old life; on the other, rather inconspicuous, side, I was curious as to what would be waiting for me once I got out of the train in Pavia, and as to what would have been different after my year abroad.

I was afraid because I had spent all my life in the same city and in my parent’s home, and now that I had lived by myself and had become a perfectly self-sufficient human being, how was I supposed to go back? It’s a thought I had had even before leaving for the first time, and it had been reiterated and reinforced every time a friend of mine or a random acquaintance asked me how I felt about returning home.

The reason why I’m discussing this is that most of you guys will face the same situation. I’m talking mainly to the foreigners who will come to Italy to study, but even students from the South of Italy will experience this. Between classes, clinical rotations and exams, a lot of you will be prevented from flying back home more than twice a year, for example in the occasions of the winter and summer holidays. It goes without saying that a lot of things will happen in the 4-6 months in which you will be away from home, and moving back will be somewhat shocking, especially the first few times.

It’s an experience which is very heterogeneous and very personal: for some of my classmates, spending six months abroad for an Erasmus resulted in them realizing that the place where they had grown up was the place where they wanted to grow old; for others (me included) it appeared unthinkable to resume life even in the same country as their parents, let alone in the same house. 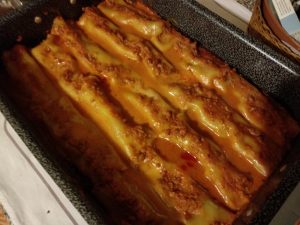 I may not be doing the laundry anymore, but I still pack a serious punch in the kitchen…

Now stop and think: what is going to happen to you? I think it’s useful to ask yourself this, as you may end up learning something new about yourself. What do you think you will feel once, after spending six months in an Italian city, you will get off the plane that brought you back for Christmas and you will see your family waving at you from outside the airport? Perhaps your first thought will be “I’m home!”, or perhaps you’ll feel that your real life is now somewhere else. For sure you will think “Pizza was better back there” and “Finally I don’t have to do the laundry anymore, thanks mom”, but perhaps you will want to consider other aspects as well.

For me, even the thought of not cleaning my own clothes became a little upsetting: my mother basically owns the washing machine at our place so we all have to obey her rules, but I always have the feeling that what I wanted to wash is not being washed, or that I should at least have a voice in washing my own clothes.

Petty complaints apart, laundry can be used in a broad meaning as a metaphor for personal freedom: washing my clothes, cooking for myself and occasionally for my flatmates, doing the dishes… all these activities were not devoid of a feeling of achievement for having taken one step further in life, and for having reached a point where I was the only master of my actions and the only object of their consequences.

You too, you’ll have to abide by the times that your family dictates, and you’ll have to go back under your household rules. Of course this means also benefitting from all the perks of living with your parents in a more “protected” environment, and it is not irrelevant that perhaps may can simply miss their family. I know, right now you’re a teenager who wants miles of personal space and freedom, but as I was told once, the moment when you obtain freedom is the moment when you realize where you want to go. Some people want to go further, some others want to go back. If you disagree, feel free to talk about it some more after returning home for the first time, alright?

For me, it came and went like a tooth extraction: at some point, after months of thinking and ruminating about life, I just said “okay, let’s do this” and I dived back into the mists of Pavia. From then, so many things happened that I lost track of time and I ended up not being able to write on this blog for six months. Personal and family issues aside, sixth year hasn’t been at all like I had expected it. It is well known in Italian universities that the last year in med school is quite uneventful and not at all challenging; fake news, I say!

The past few months have been slightly unreal. We are supposed to have eight weeks in total of compulsory clinical rotations this year, plus another eight weeks of internship in the department in which we want to write our degree thesis; of these, we have two weeks in each of internal medicine, general surgery and OB/GYN, plus one week in the ER and one in the ICU. 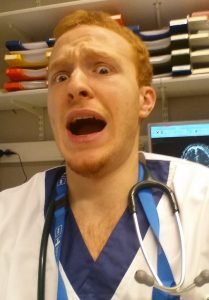 Going into sixth year like everything is under control.

When you get to the sixth year you’re a bit more than just a student: all your relatives and friends will refer to you for the slightest health problem but, while this has been going on ever since you passed the IMAT, this time you’re sometimes able to reply correctly to their questions. Yes, I’m sure that blister is just a pimple and you’re not suffering from the most horrible skin cancer ever. No, it’s not a good thing to lie down after eating spicy chili if you have Gastroesophageal Reflux Disease. Fast food is bad for your health indeed (and I knew this also before, but now I can tell you at least five ways in which that double cheeseburger with bacon will kill you in a few years).

Furthermore, you sort of have an idea of how you should approach a patient, and you know your way around the hospital; when you’re crossing the ward corridors in your white coat and the occasional elderly tackles you to ask for directions, you’re even able to help him, and afterwards you’re left with the feeling that you’ve helped someone. It’s alright, he probably won’t ever know that you’re not actually a doctor. Yet.

You might even be lucky and decide to write a thesis in a ward where they actually care about you, and while you’re thrilled at the idea of having to go through countless articles, gather data and write a dissertation, you’ll quickly realize that what you really have to do is… well, read articles, gather data, and write a 40-page essay. It’s not as exciting as it sounds, if it even does.

What happened to me was that I started with my thesis plans in the ICU of my hospital with all the best intentions, but then it dawned on me that if I wanted to finish all my exams and still graduate with a decent mark, I would be forced to put aside my clinical practice in favor of the good old bookworm study. Therefore, when people will tell you that the last year is the most chilled one out of the six, please show them the nearest door and tell them to leave you – they’re no friends of yours.

The thing is, in sixth year you face exams like General Surgery in which the program encompasses almost only subjects which have been covered repeatedly during the course of the six years; the natural consequence is that at some point you will realize that potentially there’s a whole 2000-page book that you’re supposed to study, and you’ll start freaking out badly. The exams haven’t been so terrible in the end, but they’ve been scary enough to keep everyone’s guard up.

In conclusion, sixth year is not different from other years; instead, the real difference with respect to before is you. People grow up a lot over the course of six years: we start while we are pretty much kids, and kids are ever-changing, either for the better or for the worst; as the semesters pass, we learn and we shape our personality, and sometimes we trip and fall but we ceaselessly move forward. During the last few months of med school, though, we’re somewhat already on the other side, and even if there is no piece of paper testifying this, we already have an idea of the type of doctor that we’re going to be.