The First Year at Humanitas: Fun, Formidable, and Fascinating – Part One 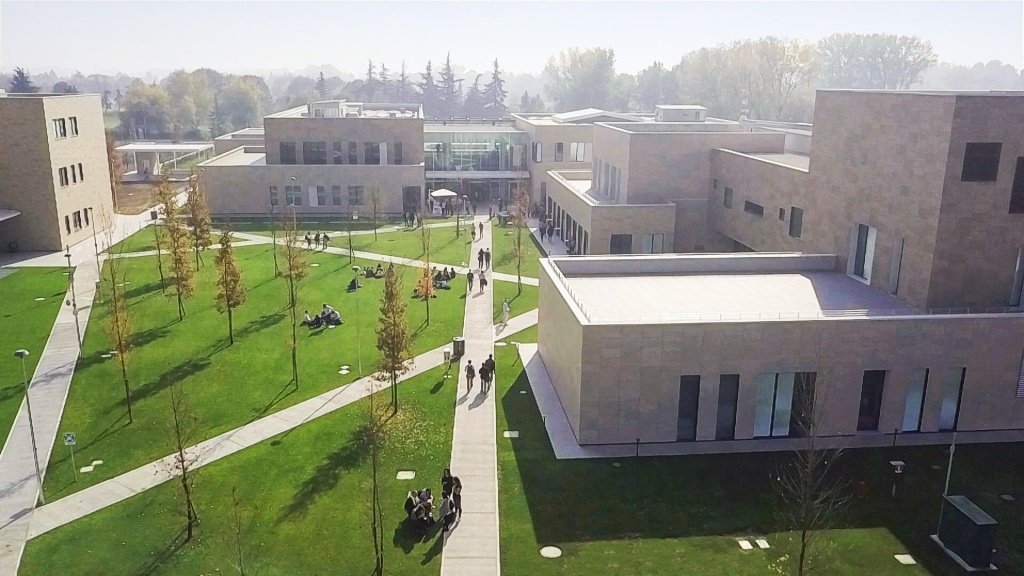 Maybe you’ve just written the Humanitas IMAT 2019 exam, and are counting down the days until they send acceptance emails. Maybe you’re doing some research, and are considering Humanitas University for medicine (Hunimed). Or, maybe you’ve already been accepted and want to know exactly what to expect! If any of these is you, then this guide is a must read.

I am a current Humanitas student, and I remember very clearly being in your shoes, just one year ago. It’s hard to find information about the school, since it is so new. (The first graduates of the 6 year medical program will graduate next year, in 2020.) With so much insight to share, this will be a two part series. So, without further ado, here is my Humanitas University review, with all the burning questions I had (part one!) as I made my way into my first year of medicine.

Starting and finishing the first year

Your first year of medicine at Humanitas will begin in mid-October, and you’ll be celebrating its successful completion by mid-July. Here’s what happens in between:

The academic year is divided into two semesters, with three exam sessions. The exam sessions are in September, February, and June/July (this is the longest exam session). You obviously won’t have any exams in the first September session, so you’ll start your classes in October.

The first day is quite exciting with all of your classmates together in the auditorium, and a walk-through of everything to expect in the first year. In fact, in this post I explain most of the things! Classes then begin right away, and boy, do the school ever dive right in… 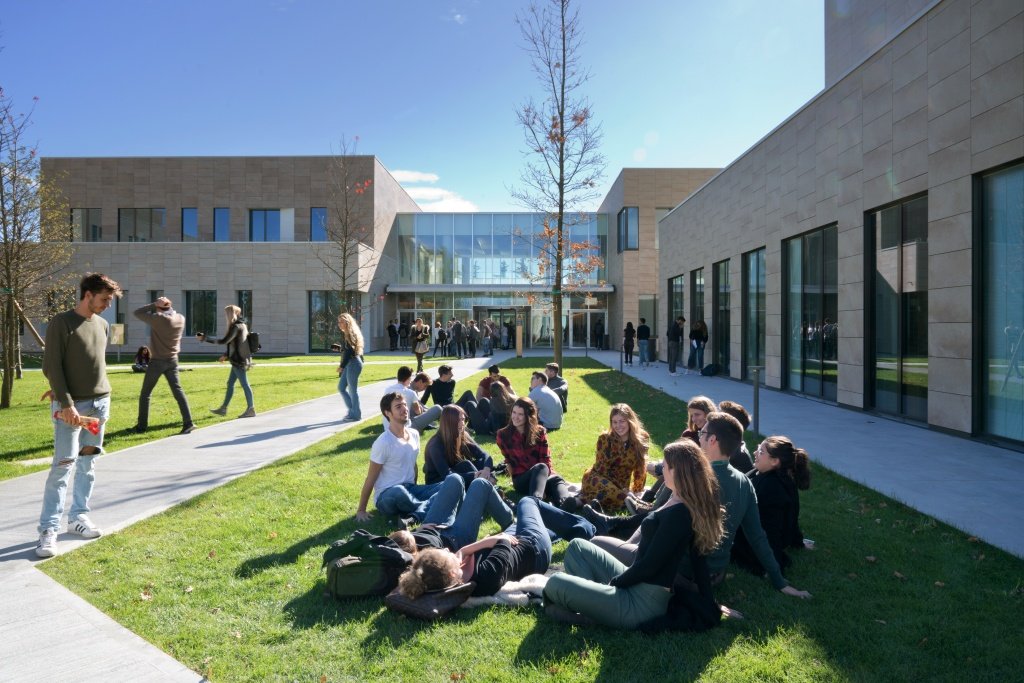 The first semester has 12 weeks of classes, which end in the third week of January. You’ll have a week off to study, and then you’ll then take your first exams in February. The whole month of February is class-free, so you’ll be studying. A LOT.

However, when you finish your exams, you get another break until the second semester begins. For me it was a whole week off, which I used to go to Cinque Terre. (Absolutely stunning!)

The second semester begins in March. There’s a week of holiday for Easter, and a few three-day weekends here and there. Then, at the beginning of June you get two weeks of break to study. Exams begin in mid-June and continue all through July, but if you’re smart with your scheduling, you can be finished with your whole first year of medicine by early July.

And then, summer vacation!

August is a month off for everyone (and trust me, with the heat of Milan in August – you’ll be grateful). You’ll want to plan yourself a getaway – some people go home (guilty), some plan a backpacking trip, some go visit new friends in all corners of the world!

Finally, if you’ve decided to postpone any exams from first or second semester, or if you want to attempt them again (detailed information on taking exams in Italian medical schools), you’ll take your summer holiday in August, and have another opportunity to sit those exams during the September session.

Here is a quick summary table in case all of that was too wordy for you:

In summary, if you’re trying to plan your flights, or if you’ve already bought yourself a calendar and are determined to start filling it in, here’s what to expect. Plan to be in Milan for the beginning of classes in October. You can count on a typical two weeks off for winter holidays, as well as a week off for spring holidays in April, and some time off after exams in February. Finally, assuming you’ve completed all your exams in the first appello (Italian for “call” — which just means you aren’t deferring or retaking any exams) you’ll be off again from mid-July until October.

The first semester is probably the heaviest of all six years, in terms of how much time you’ll spend physically in lectures. Unfortunately, Humanitas does not use a weekly schedule, though I really, really, wish that they did. This means that every day is scheduled with different courses and professors, in a seemingly nonsensical order. One day, we had eight hours of the same class, back-to-back-to-back. It was nuts.

Thankfully, even though the classes are completely random, the class times are always the same. There are four blocks in each day:

Almost every day begins consistently at 9:30. Unfortunately, in the first semester, all of your blocks are filled, almost every day. This means that your schedule is pretty regularly 9:30-18:30, Monday to Friday, with 1 hour for lunch. You do get some days when you finish at 16:30, but not very many. This doesn’t leave a whole lot of time outside of class to study, which is definitely challenging. 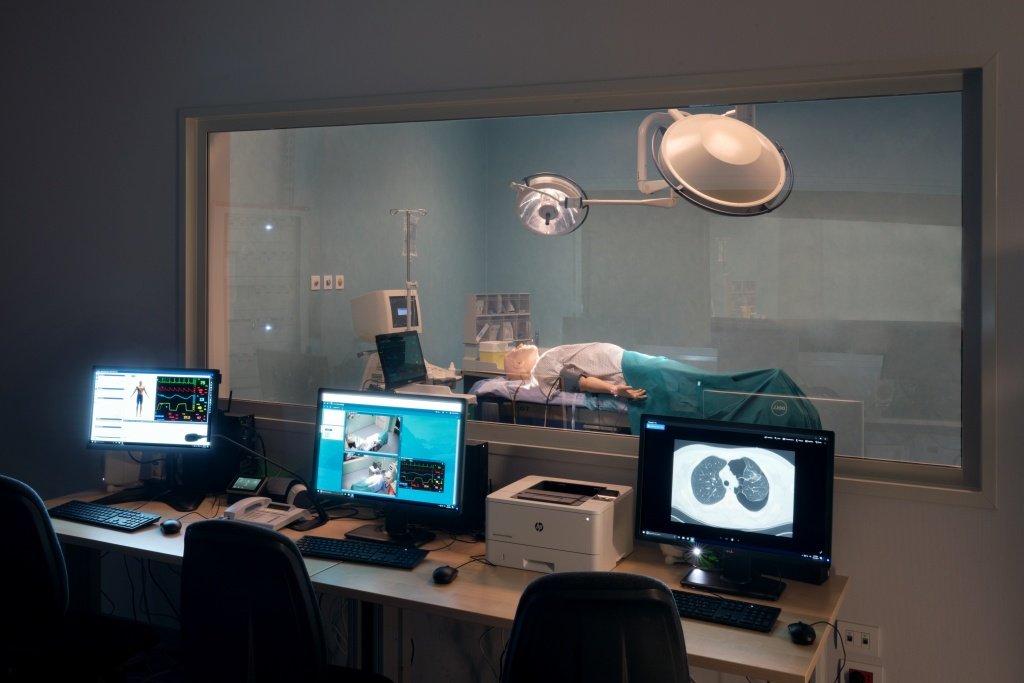 It won’t last long; the second semester has much shorter days. At least one day per week, but sometimes more, you’ll finish at 13:30. The rest of the days you’ll finish at 16:30, with some occasional 18:30 days here and there.

All of this may seem trivial, but it is important to know what your schedule as a first year medical student will look like. How much time will you have to study, to spend time with new friends, or for your hobbies and pastimes? There’s always time for a soccer match or two in Italy, and if you play, you’re sure to make friends quickly!

Overall, in my first year, I was pleasantly surprised by my schedule, including how much time I had “off” from school. (You’re never really off from med school.) Travelling is very important to me, and I was able to go on at least one trip every month of my first year, without letting my grades suffer. That first semester daily schedule had me cursing at times, but it made me really appreciate the shorter days in the second semester.

And boy, I needed those shorter days, because the amount of material to review and learn in the second semester was huge.

What made it challenging? I’ll discuss that in my next post!