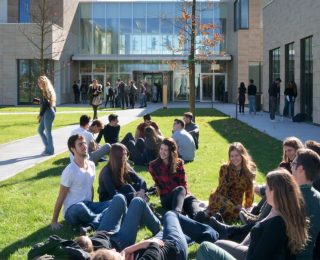 The private med school Humanitas University has announced details of its 2020 admissions process for it’s Medical School “Hunimed”. This announcement includes an increase in the number of study places, clarification on the status of UK applicants given Brexit, and a brand new admissions exam, the HUMAT. The announcement was published on the Hunimed website earlier this week.

Humanitas now also has a new admissions test, the HUMAT. The university says that the HUMAT is meant to measure applicants’ abilities in “scientific thinking, critical thinking, and … solid academic literacy.” The HUMAT — unlike the IMAT for entry into public med schools — does not test your traditional scientific knowledge in subjects such as biology, chemistry, and physics. Rather, half the test is on “scientific thinking” — that is, “mathematical, procedural, and visual” thinking. The other half is on “academic literacy” — that is, “critical thinking, reading, and word — and sentence — level processes”. According to Humanitas, the test intends to evaluate whether you can:

There are a total of 60 multiple-choice questions in 120 minutes. A specimen paper of the scientific thinking section is already available. Humanitas says it developed the test “together with experts from the University of Cambridge, Imperial College, University of Oxford Medical School and Leeds Medical School”.

The test is planned to be administered on February 14, 2020 at sites in India, the USA, Canada, Brazil, Israel, the UK, Ireland, the United Arab Emirates, South Africa, Germany, France, Sweden, and Switzerland. Registration for the test is from October 28, 2019 to February 7, 2020. The university says that the number of test places are limited. It costs 165 euros, paid by credit card. You can register and pay for the admissions test online.

Humanitas plans to run a preparation course for the HUMAT, on the university campus in the Milan metropolitan area. The preparation course costs 700 euros — 1000 euros with meals and accommodation — and lasts for five days, known as Humanitas Preparation Week, with classes from 9 AM to 6 PM. 30 places are available for each course, and it will be taught in the English language. The university says the course will cover logical and critical reasoning through lectures and practical exercises. After Preparation Week, a simulation test will be given and its ranked results be made available.

It is also now “strongly recommended” by Humanitas that applicants have “an adequate level of English proficiency.” By this, the school says it means level B2 on the Common European Framework of Reference scale, corresponding to upper intermediate. Humanitas therefore expects that, among other abilities, you can “understand extended speech and lectures and follow even complex lines of argument provided the topic is reasonably familiar” in English.