A Look at the New English Med School in Messina, Sicily 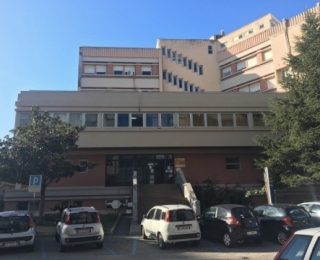 by Nil Müge, 2nd-year student at the English med school in Messina

The University of Messina is the only university on Sicily which offers a medical course in both English and Italian. The English medicine course began its activities in 2018.

The course is six years long, just like the other universities in Italy, and all lectures are in English. Similar to many of the other schools, at the end of second year, students are required to pass an Italian language proficiency test. During the first two years, Italian language classes are held at the University Linguistic Center (CLAM) so that students can be certified with the minimum level required (B1 on the Common European Framework of Reference for Languages). 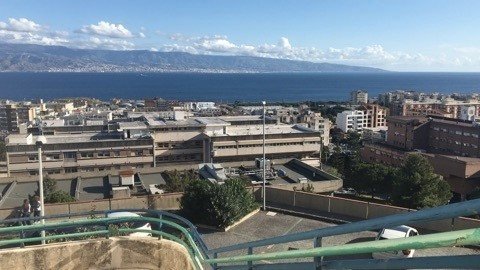 View of the sea from the university Biological Tower

Our professors are clear about class scheduling and teach up-to-date information. They typically have many years of teaching experience, sometimes overseas. Also, clinicians and scientists who are experts in their fields visit the university to give seminars and congresses regularly. We use gold-standard textbooks like Gray’s Anatomy, Lehninger’s Principles of Biochemistry, and Wheater’s Functional Histology, as well as textbooks written by our professors themselves.

There are some relatively new courses taught here, such as Bioinformatics, which is an introductory course to the important Biopython and Python programming languages. This gives students an opportunity to get an overview of the interaction between between computer technology and medicine. We all are intrigued about learning the basics of coding. Beyond computer science, unlike most of the other medical schools in Italy, biostatistics lectures are also held during the first year of studies. 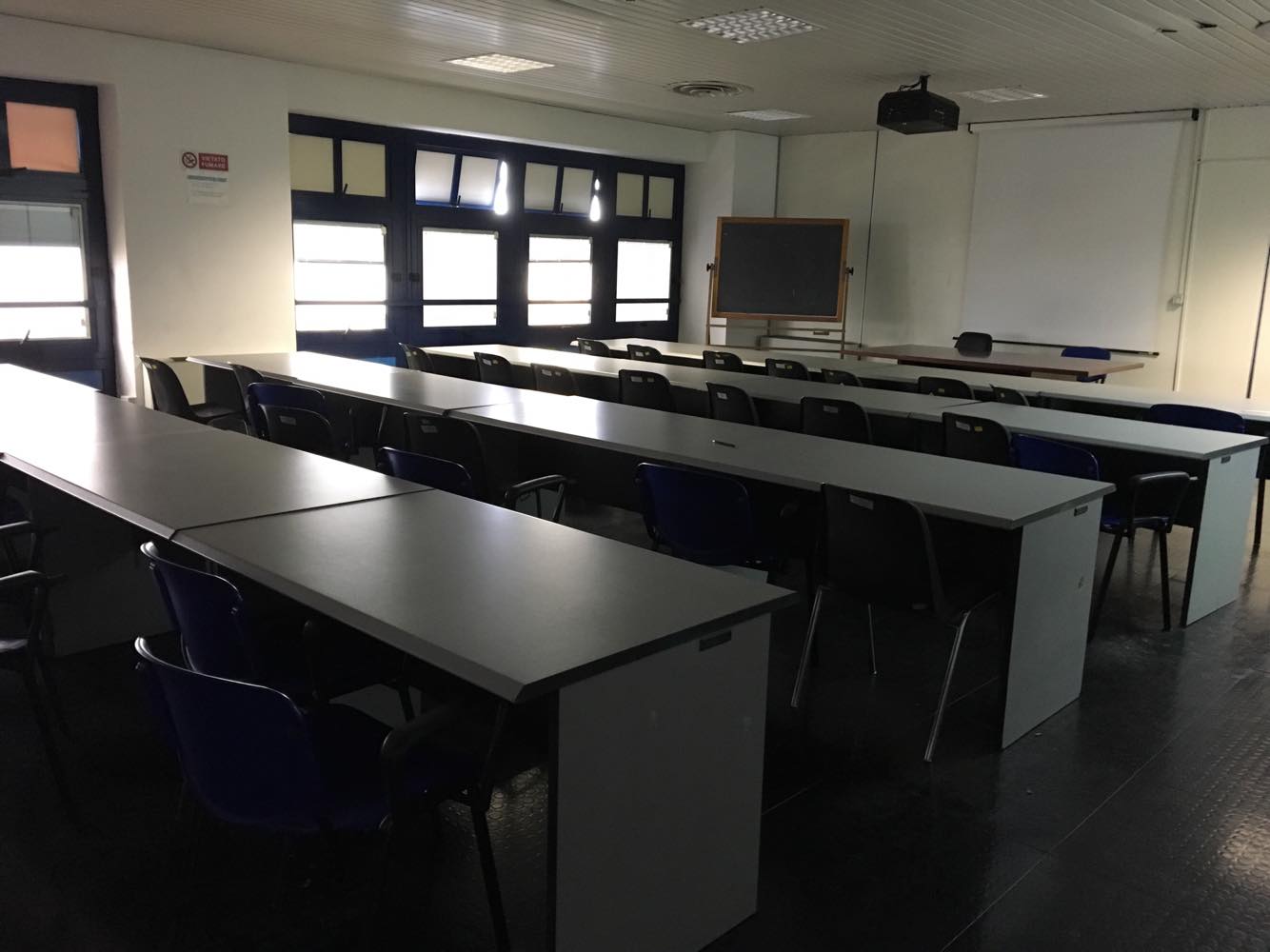 A classroom in Messina

Starting from the second semester of the first year, all students can use the Skill Lab. The Skill Lab is basically where students can experience medical simulations, and how to approach to patients, with the technical support of the American Heart Association. Apart from the mandatory courses, it is also possible to attend courses outside the field of health care.

The exam system in Messina is quite different than that of other countries. Almost always, exams are oral, unless professors give them a second part with multiple choice questions. As in other Italian universities, there are many chances to take exams, so students take them when they feel ready. Exams are usually integrated, meaning you have to take two or more different subjects together. For example if you are taking Molecular Biology, you also have to take Cellular Biology at the same time, to acquire credits from both exams, even though these two subjects are taught by different professors. In order to take an exam, you have to have at least 75% attendance for lectures of that subject. 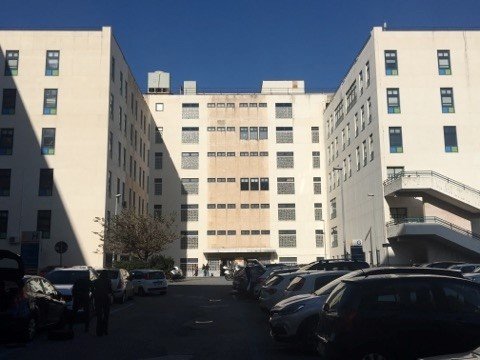 Entrance to the med school

The Biological Tower can be reached after you enter the hospital area, by taking the “student shuttle”, which runs between the entrance and other departments. Alternately, you can choose to walk uphill for 10 minutes, to get some fresh air before starting a hectic day of lectures — a walk which I highly recommend. First year students start in early November; subsequent years, a bit earlier.

Messina is the third largest city on the isle of Sicily, and has more than 230,000 inhabitants. When I got into the University of Messina, it was my first time coming to the city, even though I had already visited almost all other regions of Italy. It was exciting that we were the first students in the English course, and everything was basically new to us. If I were to compare Messina with other cities, it is more on the student-friendly side. I can say that living expenses, rent, and transportation are lower. Winters are rainy and mild, and it almost never snows, with temperatures remaining above 10 degrees Celsius. Summers are long and hot. It’s so hard to stay outside until the sun is down, but there are a lot of beaches nearby, where you can spend time and swim. We also get to taste traditional Sicilian foods like cannoli. 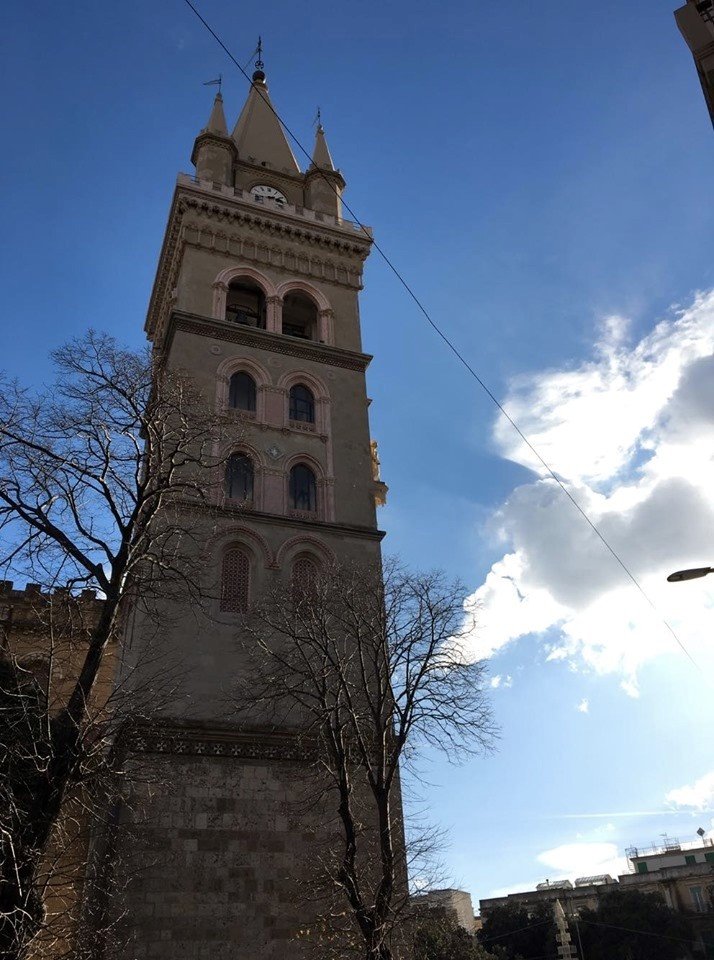 The belltower of Messina Cathedral

To reach Messina: there are four airports nearby, with Catania Fontanarossa being the most convenient. After arriving into Catania airport, you can come to the city by bus or train. Messina is located at the opposite Reggio Calabria and Villa San Giovanni, in Calabria on the Italian mainland. It is therefore possible to reach the mainland in 20 to 30 minutes by ferry. This is an another advantage Messina has over the rest of Sicily. Between Sicily and the mainland is the Strait of Messina, with its narrowest point on the Torre Faro-Villa San Giovanni route. Messina’s Central train station is in a convenient location, so that you can take trains and buses easily to the rest of Italy. For instance, the tourist spots Taormina and Isola Bella are only about one or one-and-a-half hours away from Messina by bus, and are a lovely choice for a weekend trip. 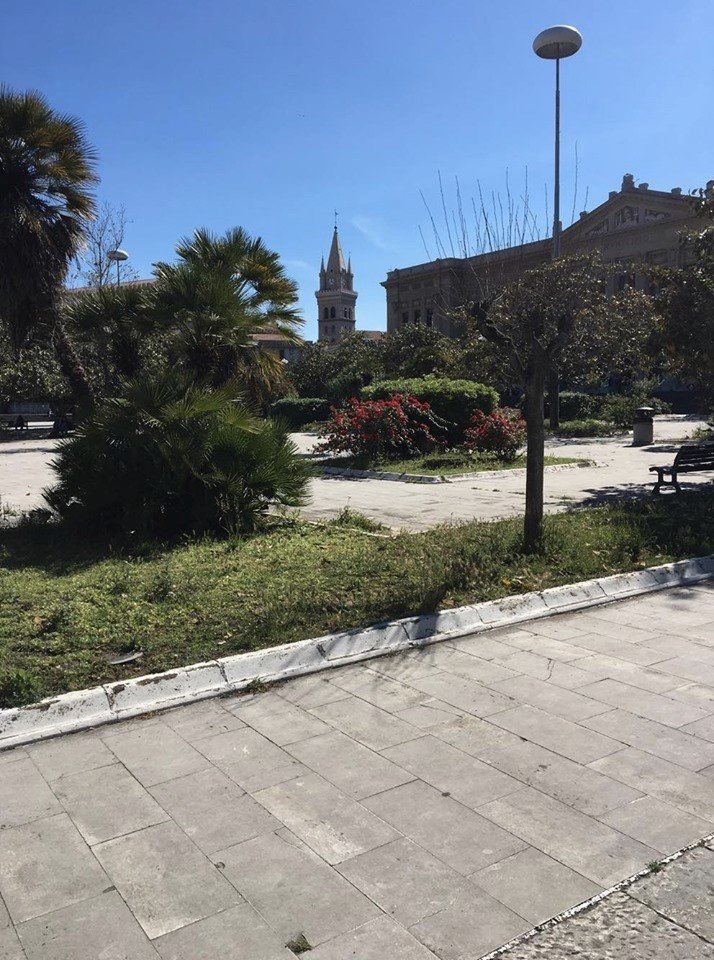 A park in Messina