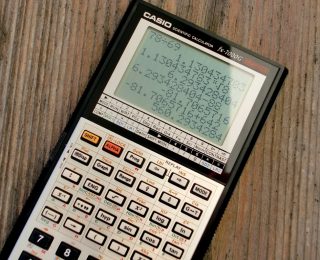 The threshold IMAT score that an EU-affiliated applicant needed, to get into one of the English med schools in Italy in the first round of scrolling, increased for every school this year over 2018. Here is a quick comparison chart: 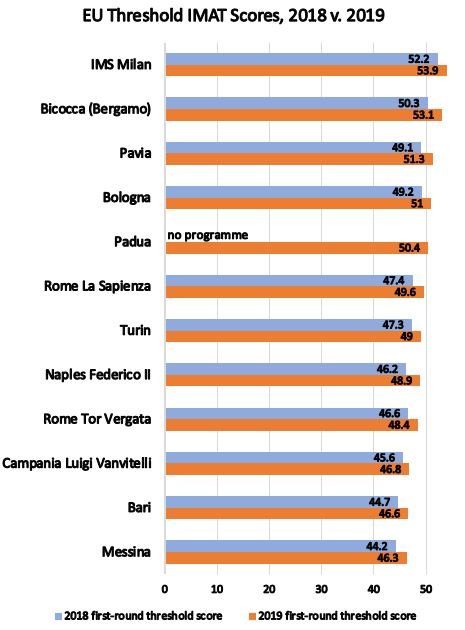 The numbers are still pending for non-EU-affiliated students.

The reasons for this increase remain speculative. However, it probably has to do with the fact that 25% more candidates took the IMAT in 2019 compared to 2018. There were also some considerable changes to the test itself — above all, the relative increase in the number of general knowledge questions. So although the number of available places went up, particularly with the addition of a new school in Padova, this increase has been offset by the higher number of applicants.

Nonetheless, the score needed to pass the IMAT in the first round is lower now than in previous years such as 2016, when it was over 50 points for every school. The difference with 2019 is probably explained by the fact that there were significantly fewer study places available in 2016; the schools in Bologna, Padua, Messina, Turin, and Bergamo had not yet opened.

Right now it is hard to predict what any given threshold score will be for 2020. If more schools open, or the exam becomes more difficult, then it could decrease; if more candidates take the exam, it could increase. The highest historical threshold score was IMS Milan 2016, at 58.1.

So, if you are an EU-affiliated student asking yourself the question what score you need to guarantee entry into any school, a rough mark to shoot for might be 60. That is to say: in your IMAT preparation, keep at it until you’re regularly scoring over 60 on mock exams. It’s hard to imagine that scores will go so high next year that a 60 will not guarantee you a spot in some school.

If you’re not an EU-affiliated student, you’ll have to wait a bit until we get final numbers on non-EU threshold scores. They tend to be typically lower than EU thresholds. But again, a score of 60 will almost certainly get you in, in 2020.