How to Find Housing for Med Students in Bologna 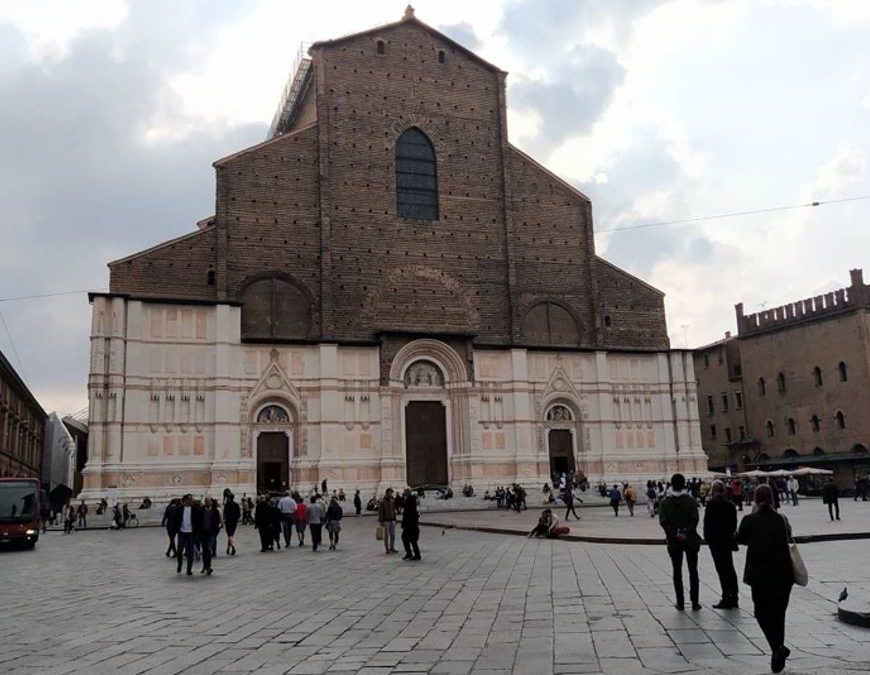 Editor’s note: in our profile piece on the Bologna English med school, we pinpointed one of the major difficulties for students as finding housing. So, we asked Bologna student Elad Fayel to tell us more about the process of locating, and settling into, a place to live. Here’s his answer.

Bologna is a university with a city, not a city with a university. This is the first impression you get while walking in the city center… or, the first statement you hear when someone wants to impress you about Bologna.

Bologna is a medium sized city with 400,000 residents, of which almost 100,000 are students who live in the center and its surroundings. Since all these students need a support system, you can find many bars, clubs, cafes, restaurants, and also some bookshops in the center. In addition to the permanent students who live here, tourists from all around the world come for a quick trip, especially during weekends, when the main streets are closed for the enormous amount of people here to see the famous Two Towers, and to have tagliatelle al ragù. (There is no such thing “pasta bolognese”!!!) 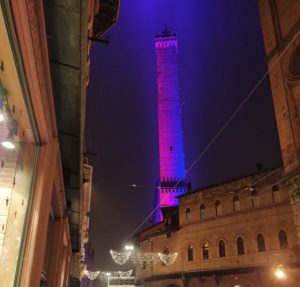 One of Bologna’s famous towers, lit up after a football match

As nice as all of this is, it comes with a price tag. Finding a room to rent might be a hard task. Since everyone wants to stay in the center, AirBNB apartments are very popular, and the price of renting can get really high if you want to have a good location and an apartment just for yourself. So, here are some guidelines for finding the right place for your first year in Bologna

Before I start, and for those who don’t read this whole article: if there is only one important thing you need to consider before finding a place (probably in any city in Italy), it is to be aware of the SCAMS!

So if you are considering the University of Bologna as your first choice med school, here are some things you need to know about finding an apartment in the city.

Compared to some other cities in Italy, Bologna is on the pricey side. The price range for housing starts at 250 euros. A shared room in the center will probably cost around 350, and can easily reach 400. If you are interested in having a room just for yourself, I would say that the price tag for that is around 500 inside the city center and 400 outside, while an apartment just for yourself can cost more than 1000 euros for a month. The price fluctuation is very big. Some students might be lucky and find a shared room with a monthly rent of less than 300, but as a rule of thumb, prepare yourself for paying 400 to 500, if you want to find an apartment fast. 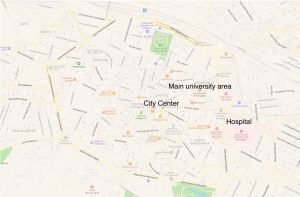 When you want to look for an apartment you need to think about which part of the city you would like to live in, the distance to university facilities and the teaching hospital, and of course, the price.

Bologna is divided into two parts: inside the city walls and outside of the city walls. This can clearly be seen by the ring road that surrounds the city center. In the middle of the city center, in its heart, is Piazza Maggiore. The further you go from there, the cheaper the prices are. The northeastern part of the center is the student nightlife district, while the western half is quieter. The teaching hospital is located just near the city center. The neighborhood that surrounds it is nice, and in a walking distance from Piazza Maggiore. The neighborhoods outside of the city wall are cheaper, and also offer good housing options. Since public transportation is good, checking available rooms in areas close to the ring, with preference for the eastern part, is a good compromise, if prices inside the walls are too high.

How to find an apartment 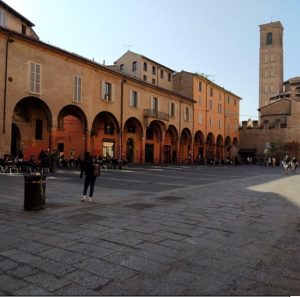 Piazza Verdi, the center of nightlife

Facebook groups. I would say that the best way to find a place is through Facebook groups. Join every group that is out there. You can look for “Bologna Erasmus”, “Bologna Affittasi”, and “Bologna renting”; there is more than one group for each result. This is how I found my room. Usually, you get a response after you leave a message, although there might be several people trying to get the same offer, so be ready to respond early.

Renting websites. There are several websites, like idealista and casa.it, that allow you to contact apartment owners. However, for me the response rate was extremely low, and I am sure that this is how scammers got my contact information. Eventually I was contacted once, so I do suggest that you look at the options offered, and send messages to the owners. If their number is public, try to approach them directly.

Real estate agencies. I have never tried this option, but several classmates did, and it was quite disappointing for them. Agencies might ask for a commission.

Private dorms. There are private dorms like RTMliving, that offer various housing options. Many people find these comfortable and useful.

Just a little point about the apartment offers that are out there: it seems as if people offering housing prefer most of all to have women who are employed and over 25 years old. Honestly this was a bit depressing, since there were so many good options that were not available to me (a male first-year student). However, don’t give up. Everyone finds a place eventually. 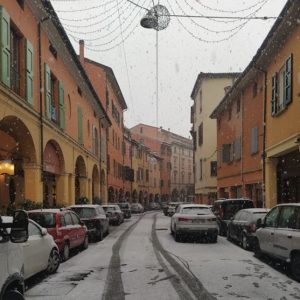 Bologna in the snow

Be aware that either your new house owner, or your future roommates, will want to see who you are before they choose you. Try to show seriousness, but also be yourself, because if you fake your character, they will eventually find out. You don’t want to have troubles with the people you are going to live with 24/7.

Sometimes the house owner wants to see your financial resources, or to meet your parents. If you are a student from outside of Italy, bring with you documents that show your parent’s financial status, just in case.

Several types of contracts exist, and they differ in the amount of time you plan to stay in the apartment. This can go from one semester to several years. While it is reassuring to have have your own place for several years, remember that if you would then like to move, you will have to find someone to replace you. Usually, that’s not a problem here. You might be asked to pay a deposit of two months in any case, so be ready to pay that.

Read the contract and ask your parents and your friends to share their thoughts about it, so they can tell you if something looks wrong. Usually the contract should say if you are supposed to pay for expenses like utilities, so compare it to what you agreed upon verbally with your landlord.

Start to contact people before you arrive to the city. This might save you some time. If you don’t want to deal with choosing houses while studying, don’t be too picky. Usually, many more apartments are available after January, and you might be able to move to one of them.

And the last important point: learn Italian. Not only does it impress your Italian roomates, it also allows you to negotiate and start conversations with non-English-speaking landlords.